No bones about it…I’ve come to think of myself as a decent person, and a “semi” educated person in the realm of medicine. Not that I’m schooled in medicine by any means, but my family has a history of either working in, having medical issues or in my case, landing in the orthopedics world. This may be a longer than expected story, but, it’ll become clear as we go along. We’ll probably go down a few rabbit holes along the way, but I’ve been diverted like many others along my journey.

Mom was a nurses aide, and Dad was a medic in the military back in the day. My older brother IS a trained professional General Practitioner in a little rural town in WI. Both of my brothers were paramedics back in college, so I guess I’ve learned via osmosis and personal experience.

My story is one of pain and revelation, of realizing an unknown dream AND it all started with a trip on the back of a motorcycle…..

I was tainted by association..

So as with many teenagers in the ’70s…the days of “Sex, Drugs & Rock ‘n Roll” I was unsure of what I was going to do with my life. I have always been an “instant gratification” kinda gal which did/did not always serve me well, but that’s a story for another day! I quit high school when I was a Junior because I was truly bored, and then decided to go back my Senior year to get my diploma which ended up a disaster. They actually asked me to leave. Unfortunately, due to association, they accused me of dealing drugs on school grounds which I NEVER did. I may have taken them back then, but never ever dealt to others. So, with that, my highschool days were over. I will say Waukegan High School 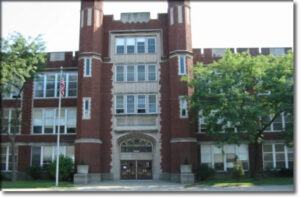 was not known for it’s education system. I believe (I could be wrong) that they had one of the higher drop out rates back then, but again, that’s my memory.

After fumbling around for a bit, I decided to join the Air Force. I had my test taken, they had determined that my inner mechanical ability(yes, I took Auto Mechanics when I was going to school!) would align me as an airplane mechanic and all I had to do was sign the papers.  Well, at that time, a good friend of mine that I played on the same softball team for the park district with let me know the bank she worked at was looking for help and did I want to apply. I thought about it and said yes, I really didn’t want to leave my friends, the softball team I was on, so no Air Force, no airplane mechanic and off to work as a proof operator in a Lake Forest Bank and Trust 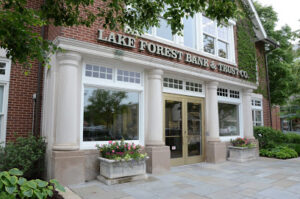 . Turned out I needed a High School diploma to get this job, so I went and got my G.E.D. diploma. I didn’t study for it, had been out of school for 2 years, but scored very high and passed. Guess I learned something in school!

This began my banking operations career. Chris and I became roommates and I worked at the bank for a time (I truly can’t remember how long!) and then decided I should go to community college and learn about computer operations. So off to study about computers and I’ll tell you one of the courses was about coding.. That did NOT click with me.. the whole idea of flow charts and how to tell a computer how to behave was not in my wheelhouse. I struggled with that aspect of it (although it makes sense now!) and one day someone came into class stating a place he worked at was looking for a computer operator to work nights.

Now, remember, I always stated I was an instant gratification 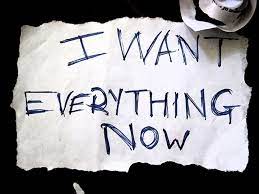 kinda gal, so I thought to myself that since I’m going to school for operations, what better opportunity than to get a job doing what I’m going to school for! How great would that be! Yep, you guessed it, I got the job and left school. I worked 3rd shift and truly enjoyed it. I learned a lot. We were bought out by an Arlington Heights outfit and all operations moved. It was exciting, I was moving up and would be working days!

Ok, is there a connection here?

I know by now you are wondering what this all has to do with bones, motorcycles and voice over work….Ok, let’s start a connection. Back in the 70s again, I loved motorcycles and dated guys who had great bikes and chopped Harley Davidsons. I absolutely LOVED riding. 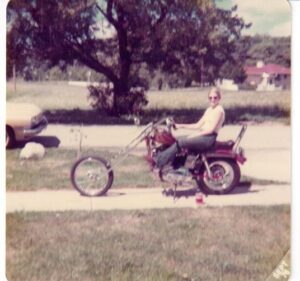 I never rode myself, but loved the feel of the wind in my hair and the openness of riding. The weekend our company was moving, I went on a 1st date with “Michael” and we went riding out in the country all day. He didn’t have a Harley, but we had fun anyway ;). We were on our way back to his house (maybe 1 minute away) where I had left my car so I could head home. It was probably around11PM that Saturday, July 15 1978. Leisurely riding along westbound Sunset Ave around a curve, enjoying myself just looking out to the right when BOOM.

Ok, what the hell just happened?

Next thing I know, I’m sitting in the middle of the road, unsure of what happened. My head cleared and I looked at my situation. I looked down at my leg and let out a blood curdling scream. I couldn’t see from my knee down and thought I had lost my leg. So I regrouped and felt my leg realizing it WAS attached. It got broken so badly it was twisted back behind me which is why I couldn’t see it initially. Michael in the meantime had tried to stand up but realized he couldn’t stand. He shuffled over to me and tried to drag me out of the street. I yelled at him not to move me cause I knew there was a major problem. I looked around to realize there was no one around and it was probably close to midnight.

The car that hit us left the scene…we were alone. Suddenly there were car lights and I start waving my arms so they would see us in the road. The car stops and soon after the ambulance followed. The guy that hit us had been drinking with his girlfriend was following in her car when he missed the curve, hit us broadside and took off. Thank God she made him come back to the scene. He actually held me till the ambulance got there. Then they whisked me off to Victory Hospital which turned out to be the longest 1st date ever….

Next installment will go into that date. Stay tuned and thanks for reading!