So I’ve taken you through my accident…Lot’s ‘o fun… but in hindsight, it may have been the best thing that happened to me!  I’ll try to explain…After the accident, 2 years on crutches and canes and what I discovered was…

Finally out of the hospital…

I left off when I finally got to go home after 3 weeks in the hospital in a full leg cast. As I mentioned in my last post, Mom had moved me home from my apartment and set me  up in my brothers old room next to her and dad’s room. We lived in a beautiful old home on a cobblestone street in Waukegan. It’s been paved over now, but the street was actually featured in Time Magazine in 1972 due to the majestic American Elms that lined the street before Dutch Elm disease wiped them all out. 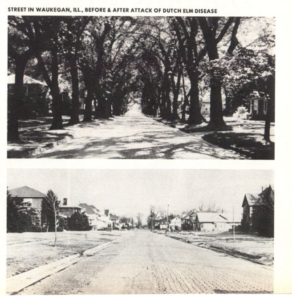 it was a huge home. 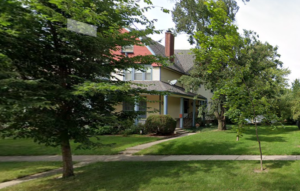 5 bedrooms, 2.5 bathrooms, a double staircase, a 3rd floor with what could have been 3 additional bedrooms if we had ever finished them and in the basement, from the 1950’s bomb scares, one of the prior owners had installed a bomb shelter! The door was 18″ thick concrete, had 6 fold down cots and an exit that came out under the back stairs. That was very cool to us when we were younger and exploring! Of course Mom was scared to death that we’d catch our small little hands in the door as it was on a concave swivel. She partially blocked it with the dryer so we couldn’t get in there!

What a way to celebrate….

I couldn’t do much but lay around and Mom really was a Godsend to me in all she did. I was getting pretty good on the crutches, but would go up and down the stairs on my butt. Just before my 21st birthday I got my cast off and just about passed out when I did at the doctors office. Guess the swelling and all the trauma being held securely all that time and finally “freed” was a bit overwhelming to my system cause I got very lightheaded and almost went down. But sure felt good to get that off my leg!

So now my 21st birthday comes around. I didn’t know it but my folks got together with my friends and threw me a surprise birthday party! Shocked is an understatement and of course, all I could do was sit in a lounge chair, but it was so much fun and so good to see them all! Just about everyone that came up to me had a drink for me in their hands. One friend got a bit wobbly and I was worried he was going to fall over in my lap. Now my father being the comedian he was (NOT!) had actually kept my cast and it was on full display in the rock garden outside.. YIKES! Embarrassment overload, but I had a great time and it was just the pickup I needed. It truly lifted my spirits. What a GREAT birthday!

Get thee back to work!

I finally returned to work and by this time, the company “NIFS” had relocated to Arlington Heights in the basement of a bank. I was still on crutches and driving in from my folks house in Waukegan. That winter, probably ’78-79 where we had so much snow, I remember driving down Lake Cook Road which was four lanes and all of a sudden there was nothing but snow in front of me. They decided to stop plowing all four lanes and it dropped down to two lanes. When I finally got there the parking lot at the bank hadn’t been plowed and I had to park next door at The White Hen convenience store. Well, being on crutches, I couldn’t get anywhere, so I called my boss and he actually carried me into work!

All was going well.. I’m back to work now about 1 year and healing nicely and then another trauma. I think I mentioned that I had 19 wood screws holding 3 plates in my thigh. About 1 year after they put them in they said they had to come out to get the bone strong again. So, surgery #3. Everything went well and once I was healed again, back to work I went. The Doctor told me to make SURE I sit all the way back to my knee in the chair then prop my leg up to keep the swelling down.

Well, I was very careful until one day, I guess I didn’t sit all the way back and the pressure mid thigh along with trying to lift my leg up onto another chair was too much. SNAP…. yep, you got it.. My femur snapped in one of the holes from a removed screw. I was in my office, alone and started to go into shock. I remember calling my boss on the phone to come help me. By now, my body is shaking and I remember having to pull the upper and lower part of my leg apart to keep the break from hitting when I shook. Shock set in, but amazingly I kept my cool. Finally, in what seemed like forever, my boss came running in, and had already called the paramedics.

Sure glad I kept my cool…

The building we were in was sorta on a hill. The front of the building, the main entrance, had 3 flights of stairs to walk down to get to the basement where we were. The back of the building was much easier with only a half a flight of stairs if I remember correctly. So, here come the paramedics. Great bunch, but when they started taking me out the front, I said, “Don’t you think it would be easier if we went out the back of the building?” I was scared they would drop me! Then in the ambulance we go, head first, and all I could see was my foot getting slammed by the doors, so I suggested they put me in feet first, so they did. Can you say “Keystone Cops”? Anyway, Surgery #4.

Out with the old and in with the new…

The Doctor placed a “Kuntscher Nail”

in my femur which I had for many years. I remember my Dad when I first had the accident so upset since he tried to keep me scar free…even had my small pox vaccine on my hip so no scar would show. Well now I had at least 5 BUT all on one leg!

Ok, back to work AGAIN. I was not heavy to start with but now I was 5’7″ and about 110 lbs. My clothes were falling off me. I was falling into depression, feeling sorry for myself. I was a “jock” and couldn’t play on the sports teams that were a big part of my life at the time. Softball, Volleyball. That along with not being able to go out with my friends like I did before, having to ensure I had a “safe” space to sit due to my injured leg. Of course, I couldn’t expect visitors everyday as time went on and I started receding into myself. Again, my Mom came through. 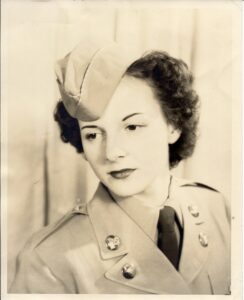 She came to me one day and pushed me to take a voice class at the local park district. She told me that I had always enjoyed singing when I was younger. Of course I didn’t remember that, but I looked back at items my folks had kept in our “21” box which included old report cards. Each one had positive notes by the singing section of the report cards. “beautiful voice, enjoys singing..”. So I did.

Waukegan has a great park district with a lot of programs for kids and adults. That’s one thing I’ll always be grateful for growing up in this area. I signed up with a teacher who was a piano player by trade. Not a true “vocal coach” but I suppose doing what he could to earn a living. So I have my first lesson and I enjoyed it. We went over the basics, breathing etc. and by my third class he said he couldn’t help me. I thought to myself, “am I that bad?”. He explained that he was not a trained vocal coach and that I should join a band to get experience. Who knew I had a natural talent.

Maybe if my folks hadn’t been poor farm/service folks, they would have pushed me towards singing. Like a lot of the “stage” mom’s/dad’s today. Or helicopter parents. Oh well, what did we know about this kind of thing. So, being ready for a new phase…..I went and joined a local Southern Rock Band…

Next up will be some of my bands over the years.. what a transformation. See ya next time!